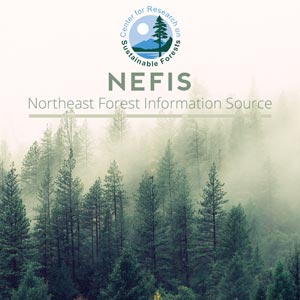 Problem Addressed: Long-term growth and yield responses from controlled experiments that include both herbicide application and precommercial thinning.
Goal(s)/Objective(s): Use 40-year growth and yield responses of spruce–fir stands to combinations of early herbicide and PCT to calibrate the Forest Vegetation Simulator (Northeast Variant).
Key Findings: Highest stumpage values resulted from combined herbicide and PCT treatments, followed by PCT-only and then herbicide-only.
Recommendation: Good financial returns are possible over the long-term from early investments in herbicide and PCT treatments in Maine spruce–fir stands.
Views: 1872
Downloads: 5
No ratings yet
Download Document >>